Apple’s affordable third-generation iPhone SE packs a serious A15 Bionic performance punch into its small and familiar frame—but a less-than-best display, single satisfactory camera, and a few dated design choices downgrade this iPhone from a “must-grab” to a horsepower bump for a select group.

This iPhone is not for everyone. But for Apple users coming from an iPhone SE (2nd generation), iPhone 6s, iPhone 7, or even iPhone 8, it’s the performance boost they need to keep up with the times.

So why does this $429.99 iPhone simultaneously feel brand new and a few years old? A Home button with Touch ID, a camera that gets the job done, and a doddering display—here’s what you should know before you buy.

Performance: The Pinnacle of Bang for Your Buck

The iPhone SE is a budget smartphone; it’s not meant to be the best of the best flagship innovation. Cough up a little less than $450 for the 64GB third-generation iPhone SE, and you’ll receive Apple’s A15 Bionic chip—the same hardware used in the flagship $899.99 iPhone 13 Pro (with one less GPU core). Combine that with the latest operating system (iOS 15) and a respectable 4GB of RAM, and you have a mobile powerhouse that doesn’t break the bank.

It’s noticeable, too. Open 30 Google Chrome tabs and you won’t feel a hiccup in performance. Want to unwind or get your blood pumping with the latest in gaming? The iPhone SE handles modern mobile titles like a pro.

Note: I gave this iPhone’s A15 Bionic chip a test drive with demanding games like NBA 2K22 Arcade Edition, The Oregon Trail, and Minecraft. While there were a few dropped frames as assets loaded in, it offered an otherwise silky smooth gaming experience.

When it comes to storage, there are three options: 64GB, 128GB, and 256GB. While you can skate by on 64GB if you have an iCloud storage plan, I think it’s worth an upgrade to the 128GB version if you have a few thousand photos and videos in your camera roll or are an avid mobile gamer. Luckily, no matter which option you choose, you should have plenty of space to store your personal data and important files.

Productivity is a wash when it comes to the iPhone SE. The processor is a workhorse and there’s definitely enough RAM to sustain most multitasking operations, but the screen is pretty cramped. This makes pressing icons and buttons in general, like when typing or editing photos, a major pain. If you have particularly large fingers, there’s likely no way you could use this phone as your daily driver for work or school. Smartphones with larger screens (like the iPhone 11), even if they have slower processors, win out in this category.

With that said, if you don’t have your laptop and need to jot down some notes during a lecture or meeting, and you don’t mind using the backspace key roughly twice as much as usual, the iPhone SE will get the job done and then some.

With the inclusion of the latest and greatest in performance, Apple had to cut costs somewhere to sell this iPhone below the $500 mark. Design and display are the two main areas you’ll notice effects. That’s not to say the third-generation iPhone SE isn’t attractive; the three beautiful color options to choose from cover a decent range of tastes and each look as good as the last. Take your pick between (PRODUCT)RED, Starlight, and Midnight.

But if you’ve gotten used to Face ID over the last few years, get used to Touch ID. And, unfortunately, a lowlight of the phone is that strange depressed Home “button” Apple is fond of. But if you’re coming from a second-gen iPhone SE or iPhone 7, you may not mind using it.

Another design feature that’ll leave you with déjà vu is the iPhone SE 2022’s bezels. Most smartphones of today are trending towards a screen that takes up nearly 100% of the device’s user-facing side—but not this one. Since Apple needs space to include a Home button, their hands are somewhat tied in this regard. But that doesn’t make the bezels on this phone, which take up nearly 1-inch of the device’s display area, any smaller when you’re watching Hulu.

This iPhone’s 750p 4.7-inch display is small, no getting around it. Games and apps that have button-based UIs are a struggle because there’s just not enough screen real estate to support them. Some apps give you the option to scale the UI down or set custom boundaries, which is nice, but the unfortunate reality is these options are few and far between.

Moving to the bottom of the iPhone, you’ll find Apple’s usual speaker and microphone design with a Lightning charging port sandwiched between them. The phone’s second speaker is located at the top of the phone near the front-facing camera. The audio experience from this smartphone is solid—I didn’t notice any crackling or inconsistency, and while its bass won’t shake your house, it’s more than good enough for watching videos or making conference calls.

The iPhone SE 2022 is glass from front to back just like the iPhone 13 Pro, but unlike other new iPhone lineups, the SE’s glass isn’t protected with a ceramic shielding. This makes a case almost mandatory, cutting into one of the strengths of the smartphone, its compact form factor. You will still enjoy the same IP67 water and dust resistance as found in other models, though. 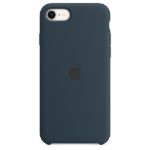 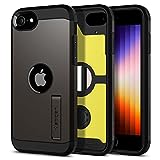 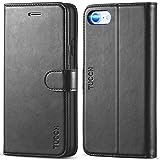 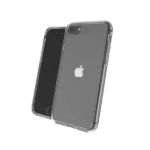 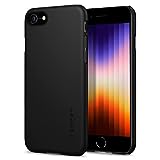 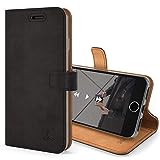 Battery Life and Charging: Stands the Test of Time

The 2,018mAh battery will get you through the day with the possible need for a quick charge if you’re using hardware-intensive apps like demanding games or video editing software.

The third-generation iPhone SE took two hours and 25 minutes to charge from zero to full using a standard Apple 5W USB power adapter and Lightning cable. Though, fast charging is available, making it possible to fully charge the phone in about one hour with a 20W adapter.

The iPhone’s lithium-ion battery is Qi wireless charging compatible, and while you can use a MagSafe charger to give your iPhone SE 2022 some juice, there are no magnets present to initiate the locking feature.

Coming from a second-generation iPhone SE, you can expect to enjoy two hours longer battery life while streaming movies, TV shows, or videos.

Camera: Great, Most of the Time

iPhones are known for their superior camera quality. And that holds true with the iPhone SE 2022…most of the time.

As you can see from the pictures below, a steady, well-lit shot will produce photos of excellently clear quality. But throw in some motion, low light, or particularly bright situations and you’ll start to see the cracks as the 12MP rear camera tries to keep up.

For example, look at the grass in the nighttime apartments shot, and you can see that it begins to blur into one big sheet of color. This is partially due to the fact that Night Mode is notably missing from this model. If you’re looking to get closer to the action, optical zoom up to 5x can get you there—at the cost of quality. Anything past roughly 2.5x zoom starts to add noise to the photo (see the leaves near the squirrel).

But if you have a well-lit setup, this camera is capable of producing stunning 4K videos and crisp, detailed images.

From a software standpoint, you’ll notice most of the customizations available on the third-generation iPhone SE as on flagship iPhones. Portrait Mode, Smart HDR 4, red-eye correction, and more are all ready and waiting for your inner photographer.

The 7MP front-facing camera is sufficient for your Snapchat selfies. Complaints are definitely far and few between, but the same issues with lowlight and overly bright situations apply.

You aren’t able to zoom in using the front camera, but most times you won’t see a need to. If you’re familiar with Portrait Mode, you’ll be happy to see its return with this smartphone—though it’s not free of flaws. The Portrait Mode photo, captured with the “Natural Light” default setting applied, came out with some of my hair blurred into the background. Otherwise, it worked as intended, blurring the art behind me and creating a stronger emphasis on the subject of the photo. You can also apply a number of filters and adjustments to your photos, before or after taking them.

Is This the iPhone for You?

The $429.99 iPhone SE 2022 is for people who haven’t had the chance to upgrade from an iPhone 6s, iPhone 7, or iPhone 8 until now and want one of the fastest possible budget smartphones on the market. If you value performance and affordability above all else, go with the third-generation iPhone SE.

But if you’re not keen on the Home button, display, and form factor of the third-gen SE, you may want to opt for another model. With larger screens, better cameras, Face ID, support for future iOS updates, and similar price tags, the iPhone 11 and iPhone 12 mini are certainly worth considering.